On this page we take a closer look at Central Scotland and present some of the key evidence, maps and data that were useful in developing the Draft NPF4's Spatial Strategy.

Within the Draft NPF4, the Central action area includes (in broad terms):

These snippets of information are intended to give some insight into what makes this area unique, outline some of the challenges facing the area, and provide some additional background to Draft NPF4's proposed approach.

Carbon Dioxide emissions are very high in this area, compared to other parts of Scotland

Many of our largest industrial sites and emitters of greenhouse gases are located in the central belt.

The map shows CO2 emissions, per kilometre squared for each Local Authority in Scotland, and it shows that there is a clear concentration of CO2 emissions in the central region. 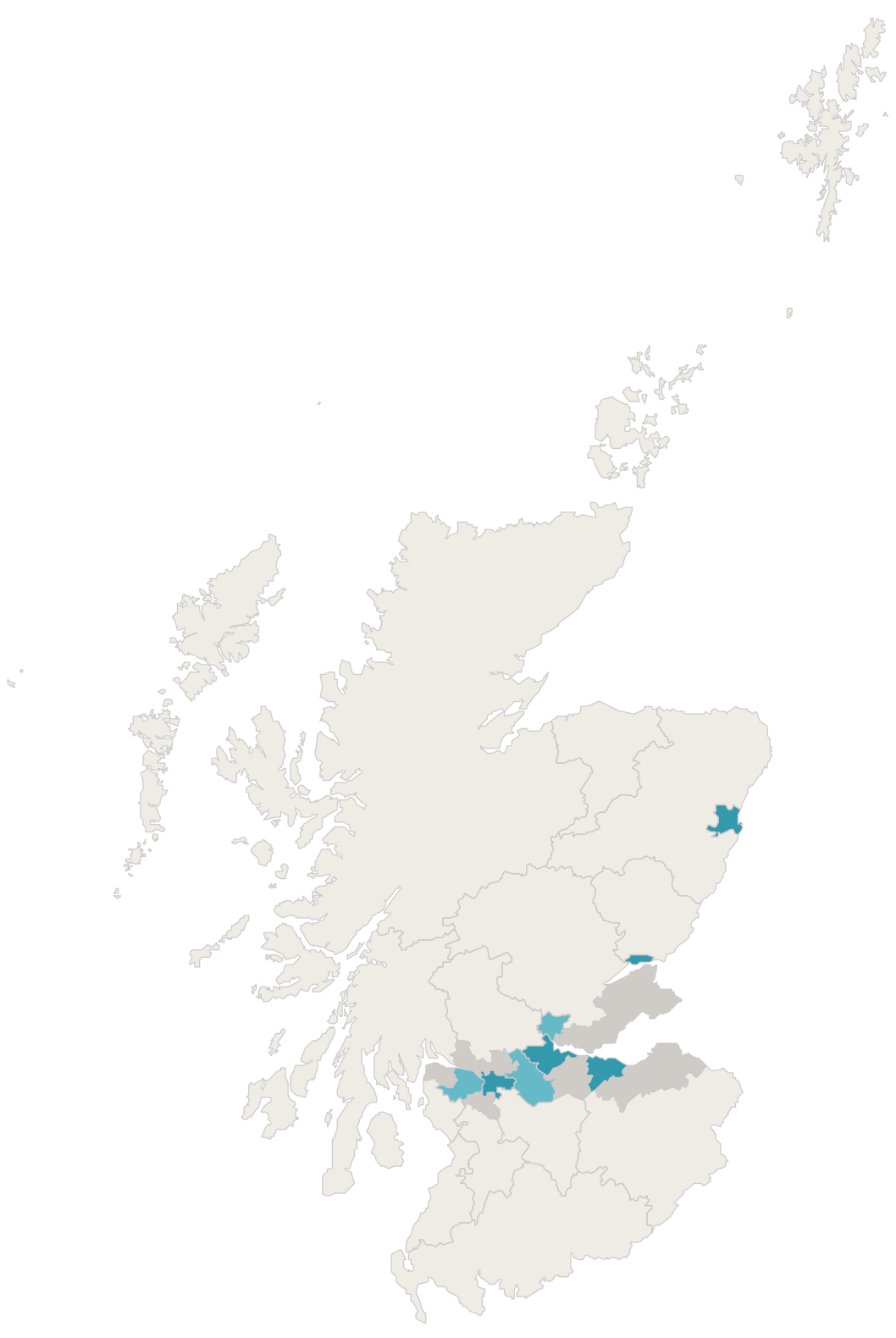 Key sources of emissions include industrial and manufacturing facilities, waste management sites, and emissions from transport and domestic properties.

Emissions from transport and domestic properties are also high, reflecting the density of the area and high levels of movement within and between city regions.

Scotland's population is growing faster in this area than any other

The population of the central belt is projected to grow faster than any other part of Scotland, and this growth is expected to be fastest in the east of the region, with growth centered on Edinburgh and surrounds.

Glasgow continues to grow, but many other Local Authorities in the west are expected to see their populations shrink.

For example, both North Ayrshire and Inverclyde are expected to see their populations decline by over 12,000 people by the year 2043.

It shows that there has been a strong market with high levels of house building across the central belt, although this is particularly seen in Edinburgh and the surrounding areas, where rates are among the highest in the country.

Significant areas of the Central Belt were historically a focus for heavy industry and activities such as coal mining, leaving a legacy of disused sites and areas blighted by dereliction that we have made some progress in restoring and reusing.

The map shows areas of Vacant and Derelict land in the east of Glasgow. They are colour coded by how quickly they could be brought back into use.

The majority of sites in this area are colour coded green, meaning that they have the potential to be brought back into use relatively quickly.

You can view areas of vacant and derelict land across the entire region using the link below the map.

Vacant and derelict land in Glasgow City, by Development Potential 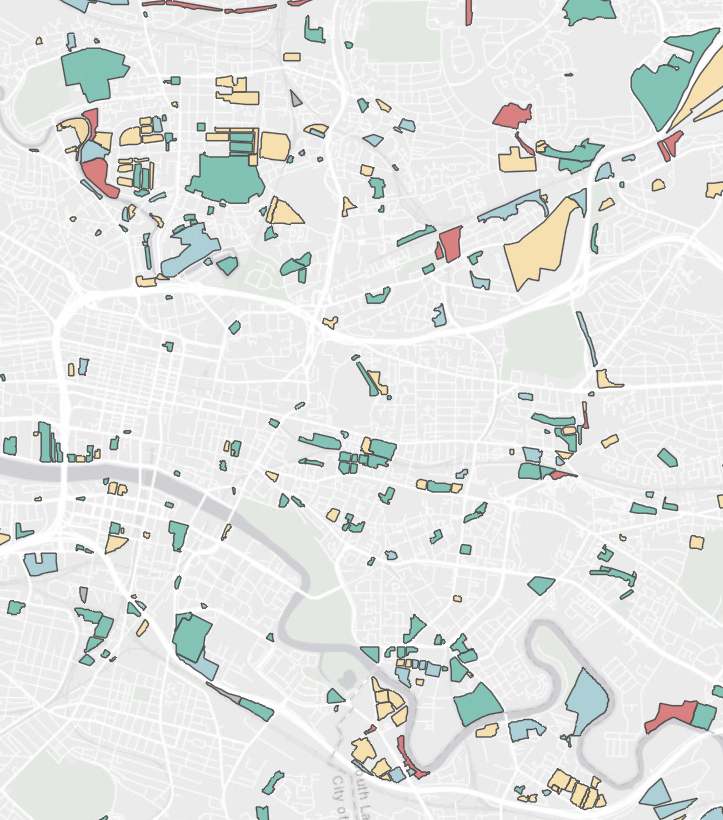 A large part of Scotland's economic output is concentrated in the central belt.

This can be seen in the map, which shows that Gross Value Added (a measure of the value of all of the goods and services that are produced in an area) is highest in the cities of Edinburgh and Glasgow.

Income varies a lot across the central belt, and the majority of Scotland's most deprived neighbourhoods are located here

The map shows the average annual wage in each Local Authority area. It shows that there are clear differences in the average wage across the central belt, and in general wages are higher in the east and lower in the west. 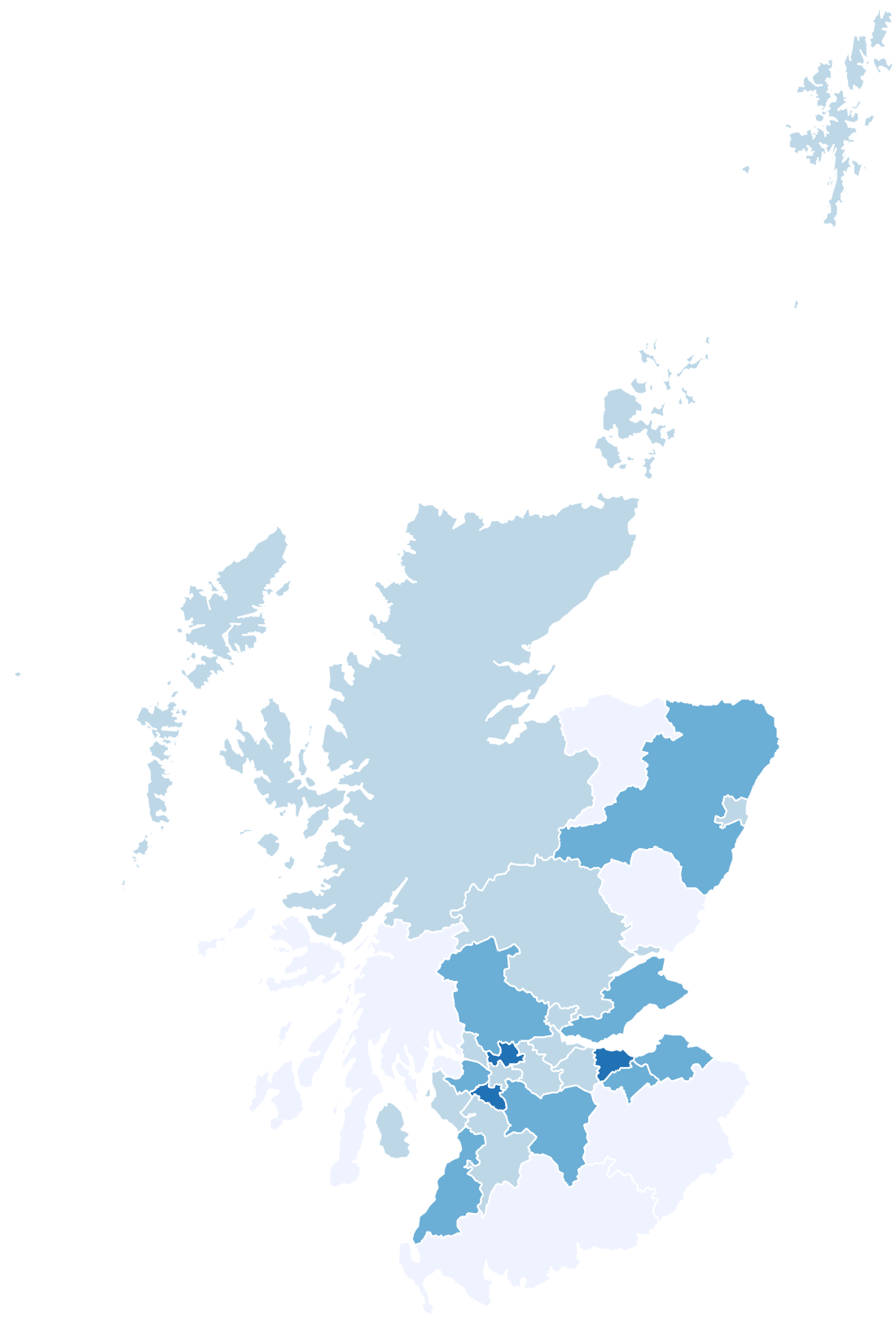 We also know that the majority of Scotland's most deprived neighbourhoods are located in this region.

The map locates those communities that are classed as the most deprived by the Scottish Index of Multiple Deprivation (SIMD).

These areas can be found in many parts of the country, but the concentration is highest across the more urban areas of the central belt, for example in both the east end and north of Glasgow.

What does the draft NPF4 propose for this area?

The Draft NPF4 proposes that priorities for the Central action area include reinventing our largest cities and the wider central belt to pioneer a new era of low carbon urban living across Scotland.

The Draft NPF4 aims to bring together emerging visions for the Glasgow and Edinburgh city regions with the ambitions of the Ayrshire Authorities, Forth Valley, Tayside and Loch Lomond and The Trossachs National Park to set out strategic priorities of national significance.

eDevelopment.......It's time for your check up